Why I asked the 'Newsweek' journalist when he last ejactulated 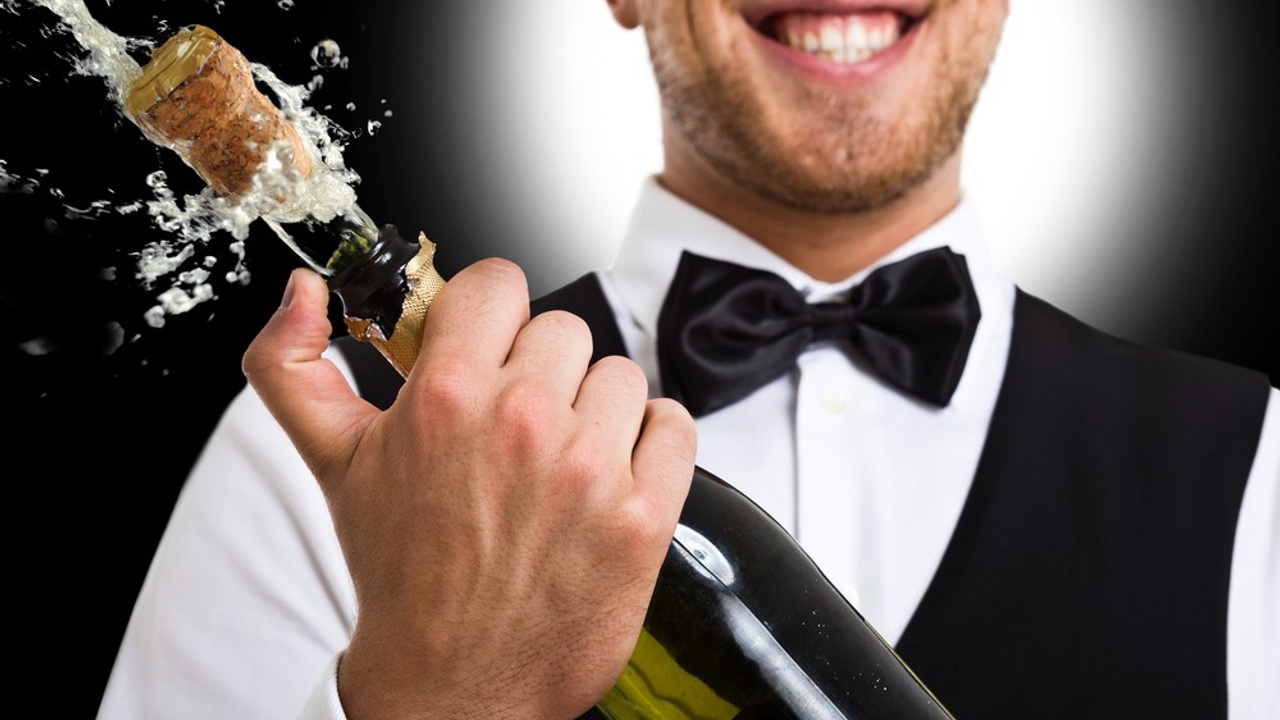 I spent many hours chatting to ‘Newsweek’ journalist Finlay Young, even before he joined in one of our men’s groups. Fin had asked if he could meet up for help with a ‘Newsweek’ cover story article he’s writing. They quoted me, with a picture, plus wrote ‘The Man Whisperer’ chapter about my men’s groups in the book The Descent of Man.

For all our lengthy and fascinating discussions about modern masculinity and mental health, there was clearly one simple question that most caught Fin’s attention, and perhaps the attention of his readers as well.

“I was asked my age (29), my name (Finlay), my Western Sign (Libra), my Chinese sign (unknown), and the last time I ejacula … Sorry what? I am a man. I am a man who is not scared of his emotions. But I did not think I was a man who would ever sit in a circle at MenSpeak with Kenny D and talk about when I last ejaculated.”

At MenSpeak men’s groups, men show up with who we really are, beyond old restrictions. We laugh, listen and grow together. We are accepting, accountable, share experiences and feelings. The key is knowing when to ask the right questions, often responding to hidden invitations that shine between the lines of what’s actually said. The object of the exercise is to find out who you no longer need to be in the world and let it go. This makes space for who you really are to emerge and you can give him a good test-drive amongst other men. It’s about building a bridge from the best of who you are into daily life, rather than the group being a safe little haven away from the big bad world.

We open MenSpeak to the men in the room with a ‘Check-in round’, so everyone’s voice is heard and we have an idea of who, what and why is in the room – including elephants. The tone is set and our boundaries are subtly stated. This is essential. It helps to define a point where we feel safe to meet each other in our stories and revelations.

The question ‘The last time I ejaculated…’ opens the floor to all sorts of issues. Most obviously it may open curtains on issues of sex and sexual expression, physiological problems, potential health issues, addictive habits and of course relationship difficulties. Equally importantly, it also brings up embarrassment and flushes out the occasional defensive reaction: “Why are you asking me this?”

This question is but one of twelve which get us started on every open MenSpeak men’s group. Perhaps someone would not understand why I would ask that question unless they also understand why I ask all such questions. If you are interested, let me explain.

Questions begin with the man to my left, unless it’s his first group, then we move on around the circle to his left, where any man might say “pass” to move us on to the next man.

WATCH THIS VIDEO FOR A MORE IN-DEPTH EXPLANATION OF EACH QUESTION IN THE CHECK-IN ROUND.

Check Out My Men’s Groups

Contact me to stay in the loop and receive free chapters, updates, special offers, exclusive invitations, video tutorials, demonstrations and blogs for a better life.

‘My name is…’ is the obvious place to start and breaks the separation of the men. Some men enter the room and shake everyone’s hand introducing themselves. Others don’t. Both choices are fine. First, full, or false name for the evening, it’s not an issue.

Secondly, ‘I feel…’ which can sometimes take time to get to, as men begin to feel how they feel and tell the truth. Others are immediately “fine!” which is sometimes challenged, other times allowed by while that man settles in and feels safe to explore what’s behind ‘fine’. (I’ve heard it said that “FINE” is an acronym for F**ked-up, Insecure, Neurotic and Emotionally unavailable). Many are gently invited to focus on their breathing and move from thinking to feeling. It’s not about getting the answer right or being caught out, it’s about being present with what’s going on for a while and getting real, making space for pennies to drop, options to appear and life to provide.

‘What I want from this evening…’ is the landing-pad question for every man to take ownership. Men state why we are here. For some it’s a burning issue, for others mild curiosity or a wish to explore male company with depth and meaning. Some feel as if they have outgrown the boy’s life and are in need of some man tips for a fuller life. Often I sense that something heavy is being carried and I support the bearer to make it to the table once the legs have been tested and found strong enough to take it. So we all name our needs and take responsibility for getting them met, whilst probably hoping for the group, or facilitator to take an interest and help meet those needs.

‘Age / Chinese sign / Western sign…’ Often gets the eyes rolling, but is great for those who have issues with their age, while allowing a space for “I don’t believe in all that rubbish!” rebellion in the room as our collective authority is challenged and shared, beyond the facilitator. Some know that “38, Virgo, Dragon” is their simple answer and are eager to hear from everyone else and see what happens next in this live game of show-and-tell for men. Groups like this often toe a line between the touchy-feely-esoteric, and the logical-linear-scientific problem solvers. This question helps to marry those two dynamics so they pull together, rather than pull us apart.

‘Single / partner / married / divorced / widow / player / on the market / father / other’ leaves space for stories of loneliness, split-parenthood with access issues, “my wife sent me here!”, I’m a sex addict / sex starved, don’t know how to not be my short-tempered father to my son. Relationship status and shadow stories are touched upon to invite hearts and hurts into our circle.

Is it flippant to throw ‘Sexuality…’ straight in there so early? Maybe a man is here to explore sexuality issues that are best closeted for now, or until there’s safe, consistent space in a closed group to unpack sexualised shadows. We name it from the outset and put it aside, as we get on the same side with the dominant and the shy, the straight and the gay, the experienced and the virginal swapping tips, advice and guidance.

Our website clearly states that, this is not a therapy group, not an encounter group, not a w*nk group or a place to pick up men for sex, not a group for or against men or women, not a religious or spiritual group, not a political group, not a group of anything apart from whatever the men present make it. Such boundaries are designed to keep our circle clean and free of expectation and ulterior motives.

Another eye-roller is ‘Favourite piece of clothing / label / gadget…’ which allows men to express individuality, nonchalance, love of the Leatherman pen knife, an i-something, power tool, or the dapper threads of Paul Smith. It’s so important to throw a couple of annoying questions in the mix to balance the power in the room and prepare for shockers, like ‘the ejaculation question’ that instantly changes tone from the safety of insufferable questions like this one!

Then comes ‘I hate…’ which gives space to spillages of honesty where the unspeakable is spoken and cats roam far outside of their bags. Often men express how strong the word ‘hate’ is and how they don’t go there, then they offer niggles, narks and nuisances instead. However, as the floor is opened to the bottom-line, strong opinions and deeply-buried obsessions begin to spill out with various proportions of confession, performance and showmanship. Often it is as if the group is at once donning and discarding the myriad masks of masculinity: hero; victim; savior; mummy’s boy; martyr; monkey; lion or mouse.

‘I love…’ follows naturally, now the air has been cleared and space is opened to the free sharing of life’s loves: self; wife; kids; quiet; money; mummy; a peaceful life; dog; smoking; sometimes nothing.

‘I am…’ is a right humdinger to end the Check-in round. ‘I am’ are the most powerful words from which we create who we are and who we want to be. Again, this is not a trick question, but an opportunity for self-awareness and realignment into the here and now, with opportunity to adjust our sails to catch more favorable winds.

I’ve run many mixed and women’s groups. Ejaculation didn’t quite hit the spot with the women, so I replaced it with ‘The last time I cried…’ and it works a treat!

I do ring my bell in darkness for two minutes at the beginning and at the end of a group, as ‘Newsweek’ Fin slowly counted down beyond the thirteen reverberating seconds that took us into quiet space. Only once in over a dozen years of holding the space for men’s groups has a man asked where men go in the silence. Two minutes can feel like a long time. Some meditate, some pretend to meditate, some power-think (because they thought that’s what meditation is), some look around at everyone and possibly freak out a bit inside. I usually take some slow deep breaths, relax into my body and get present in the room in this circle of men around the wee flame in the middle. I find some space from the thoughts, feelings and busyness of the day, getting here and now with myself and the other men in the room, in this moment. Our space.

“I understand why Kenny D, for his eccentricity, is a very good person for men to see. He sensitively prodded and cajoled, smiled and provoked, and almost in spite of myself I found myself talking honestly. He is a gentle voice in the ears of the many men who come to him for help with life – a man whisperer.”

Feel free to copy, distribute and use this document as you wish, referencing © Kenny Mammarella-D’Cruz “The Man Whisperer” (Newsweek) as the source and ideally telling me where you’ve used it with a link.