'The Game': Players, prostitutes, lads and ladies of the night 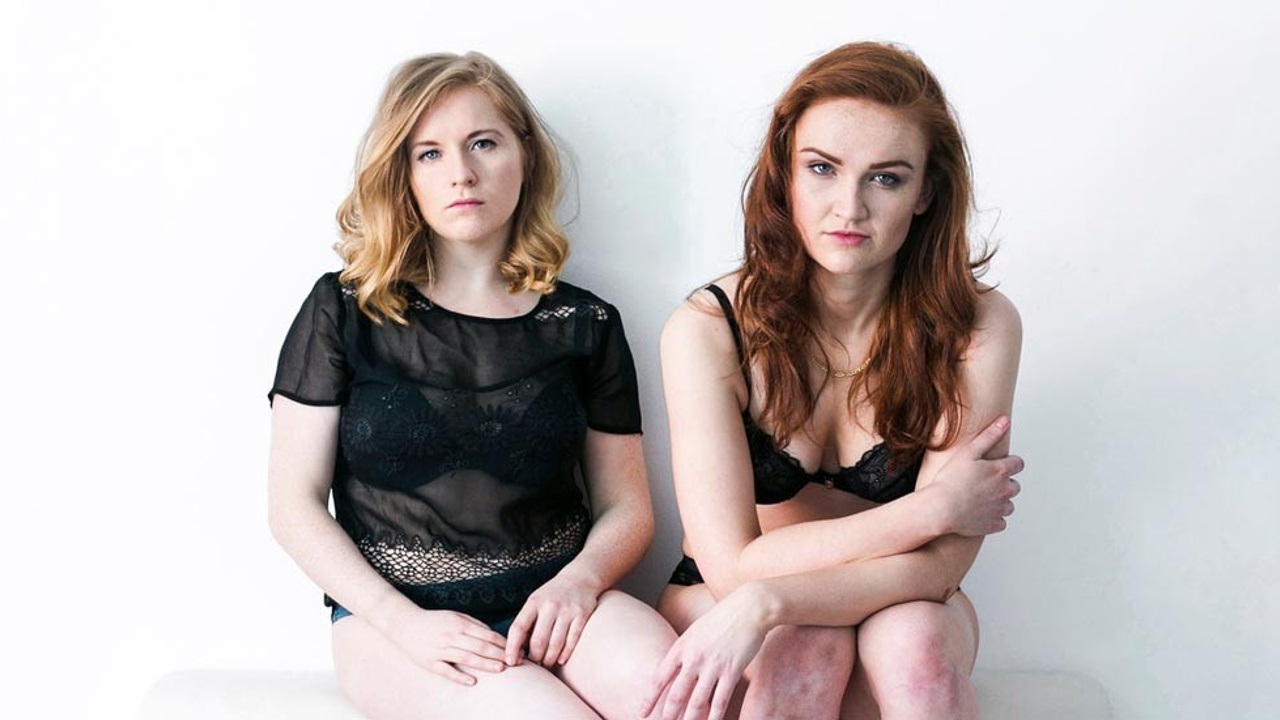 When Lauren asked if she could kiss me, I instinctively said “no” and tagged another guy to take my place in the scene – a snog was far too ‘in your face’ for my liking, and definitely too intimate for happily married me.

A couple of scenes later, I knew Russell was in trouble when I saw his top lip quiver and the blood rushing to his face. He was enacting a violent bedroom scene with Gemma, strangling her with his left arm while pretending to penetrate her from behind. The director stopped the scene and I allowed Russell to ‘tag me in’ as his replacement to complete the scene. Gemma was naked, but I remained fully clothed throughout the play, as did the four other male volunteers.

‘The Game’ is an incredible live show, in which scenes from the real life stories of six prostitutes are played to the audience. The male characters are all played by non-actors, who turn up on the night, without any rehearsal or knowledge of the content of the scenes, and follow real-time instructions to play their parts under the guidance of the two actresses, Gemma and Lauren – who, ironically, were in total control throughout the performance.

In another scene, I played a character who agreed with the sex-worker that they would have non-penetrative sex. However, once he got her back to his flat, he decided that he wanted much more than they’d agreed and he forced her to cooperate. Throughout the last part of the scene, I could hear a woman in the audience sobbing, as I stood on stage controlling the prostitute with a gun in my hand. We enacted scenes that told shocking stories of broken-spirited vulnerability; sinister danger; abuse and lost innocence – stories that showed how little control the women had over what was happening to them.

I volunteered to play a role in ‘The Game’ because I wanted to help people learn from other people’s stories, so they can live beyond their own stories. I wanted the audience to be uncomfortable by what they were watching. I wanted them to confront their discomfort, to be touched deeply, some to the point of tears, because I believe there can be benefit in having your buried pains stirred up and brought to the surface. Addressing old wounds is the first step to healing them.

The male volunteers were advised not to identify with the horrendous scenes that we were acting out, so that we could hold on to our own sanity. We were encouraged to say out loud: “This is not happening to me (name), it’s happening to (false name)…” and “I am not enjoying this, but I’ll pretend to enjoy it…” during the show to ensure we didn’t get sucked into the story too deeply.

It’s a strategy called dissociation. Psychologists use the term to describe a wide range of experiences. At the healthy end of the spectrum, it describes mild detachment from your immediate surroundings, such as when you’re bored and start daydreaming. At the other end, it describes severe detachment from physical and emotional experiences and can involve conditions such as multiple personality disorder (known as dissociative identity disorder), or to put it simply, “checking out”. Children in abusive circumstances or people under long term severe stress may develop dissociative conditions.

Women in prostitution, often use dissociation as a conscious, healthy strategy. They create another identity to help them cope. By getting us to use the same dissociative mantras, we were using the same approach.

I was surprised at how easily I was able to remain present during the scenes, and play the roles asked of me without flinching. I expected fear, panic, disgust, or at least sweaty palms and a racing heart. But instead, I felt calm and emotionless and yet incredibly connected with what was going on. Was I in shock, or worse, actually one of those kind of men? It didn’t feel like it, more like I was simply doing what was needed to be in service to the stories. I was tapping into my own ability to disassociate. It’s a skill I’ve needed to learn to use at various times in my own life, and a strategy I use in my work with clients.

One of my roles was strangely symbolic of how I use detachment in my work. In the scene, eight men gang raped two prostitutes. I played the ninth man, the only one who didn’t wear a mask or join in the rape, but just made eye contact with the women. It reminded me of my client sessions, where I am the detached observer who witnesses and does not judge, as my client recounts his traumatic experiences.

I’ve sat with many men, individually and in men’s groups, as we’ve relived lost times and places, where spirits were crushed and life paths were altered. Often the stories are of past atrocities, but sometimes they are about thoughts of future actions, such as plans of suicide, pedophilia or abuse. We try to follow their feelings back to the source, the event where their spirit got broken, thereby allowing acceptance, honouring and hopefully healing. We have named and acknowledged many things as we let them pass, beyond shame, beyond blame, to set our spirits free. And through it all I try to maintain a delicate balance between compassion and non-judgmental detachment.

Life is all about balance. Sometimes it’s wise to lean more towards compassion, and other times more detachment. Sometimes feeling another’s pain is useful because it can remind us that we need to change our own behaviour, but if we hold it for too long it can become overwhelming and debilitating.

The aim of ‘The Game’ is to effect real social change by getting audiences to think about misogyny and its causes and what they are witnessing. THEATREclub, the Irish company who staged ‘The Game’ at the Woman Of the World (WOW) festival at London’s Southbank Centre, believe that voicing these stories from women who don’t often have a voice will get audiences talking, and those conversations will create ripples towards social change. I hope they can also perform at the Being A Man festival (BAM) at Southbank in November.

At the beginning and again at the end of the show, the male volunteers shared their reasons for participating. I said: “I consider myself a feminist. An equalityist. I like to help people bring their stories alive, so others can watch, feel, learn, experience, grow and make better choices for themselves.”

When a woman is ‘on the game’, she is selling sex for money. For a male, ‘the game’ is about being ‘a player’, a stud, or maybe a pick-up artist (PUA) – a lad who only wants to have sex and is not interested in, or may not be capable of a real relationship; a lad who breaks promises and trust, where sex and sexuality become currency for power over others in the hope of getting physical and emotional needs met. I’ve never known sex to fill the emotional hole.

When PUAs don’t find love, and are ready to grow beyond survival strategies into full, self-aware manhood and to bring meaning into their lives, they often find their way to my door. Some males who come to me have an urge to harm women, to punish them for their boyhood rejection, humiliation, fears, frustrations and fantasies. Others are just plain scared and stuck somewhere in the past. We sit together and we ‘man up’ and talk about it, to heal the underlying causes and allowing life to flow more smoothly. I believe that underneath the surface, the coping strategies and the dysfunctional behaviour, all men simply want to love and be loved. My mission is to help men get all the other stuff out of the way.

If you find yourself experiencing anger towards women, or men, or you’ve experienced urges to harm or you’ve acted on those urges, then the cause of the problem is not the person who you think you are angry with. The cause is an unhealed wound from your past. If you try to ignore it, it will keep showing up in your life through different relationships, eating away at you; ruining your relationships and destroying your personal growth.

Unfortunately, ‘the name of the game’ for many men is not getting found out. Frogs, snails and puppy-dog tails, that’s what little boys are made of, so is it any wonder that society sees boys as “bad” and girls as “good”? Avoid criticism, avoid abandonment, avoid humiliation, hide sexuality, hide emotions, hide pain and fear, don’t be caught by the tax man, don’t be caught by your mates, your lover, your parents, the boss – sadly it’s all boyish kiss-chase, with lots of chasing but little kissing. Lots of hiding, little authentic space to be your own man.

The ‘game’ that many of us are playing is ‘putting on a presentable face’, while the disowned, darker raw and real side of life is hidden and played out behind closed doors. Winning the ‘game’ should really be a hero’s quest of bringing dark and light together, turning an unconscious old story to a conscious gold story and living a calm and creative life. So let’s play to win the game of authentic self-mastery and live beyond the fear of being found out.