I’m In Love With Your Daughter 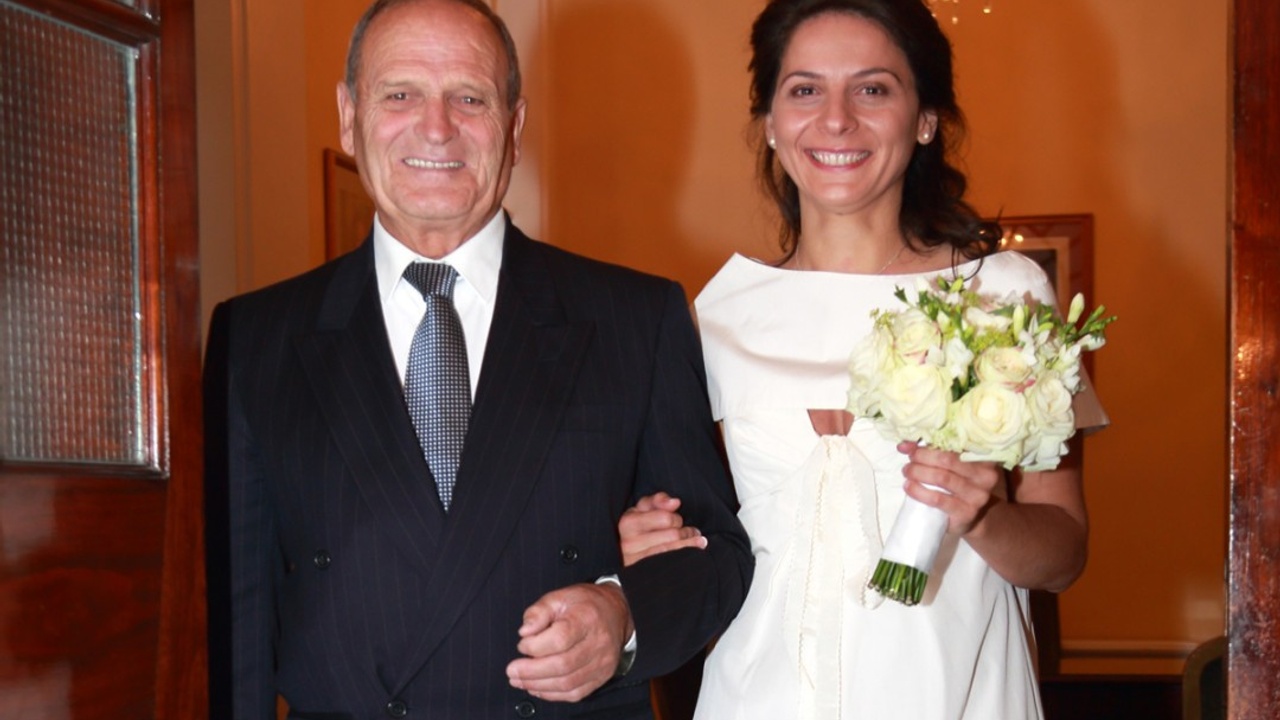 They clapped when the plane landed in Pescara; and I wondered if Angela’s parents would clap when they saw the colour of my skin.

Her parents were lovely. I learned a couple of lines of Italian for a respectful greeting and came armed with gifts, good manners and gratitude to them for allowing me to be their first guest. Their beautiful post war farmhouse was built by the huge hands of Angela’s fading grandfather, who lives in a bed upstairs. All these years and I am their first houseguest, ‘undercover’, with eyes for their youngest daughter!

Conversation was honest, and curious. The love-of-my-life to my left, her Father next to her at the head of the table, with his wife between him and the heaving farmhouse stove. Angela’s two sisters have known me for a couple of years and knew the deal with their sister and I. Our friends wish they had what we’ve got; and we can’t believe our luck!

“So are you Indian, or English?” Neither! “What was Mother Theresa like?” “For how long did you work with her?” “What do your parents do?” “Why did the Uganda Secret Service want to kill your family?” “Where did you get the money to travel the world for all those years?” “Have you worked in the fields before?” “Is your family Catholic?” “Do you smoke?” “Do you drink?” “Would you like some more food?” Mamma’s Italian food is delicious. Angela’s is better and healthier, though not freshly picked from the garden and still growing with goodness.

‘What are your intentions towards my daughter?’ ’Do you love her?’ ‘Does she love you?’ ‘Do I want you to bring shame and scandal into my house, my family, my community?’ ‘How much money do you have now?’ ‘Do you know who, and how we really are?’ ‘What will happen next?’ What are they thinking? ‘Is he your sister’s friend, or boyfriend?’ The elephant in the room carried trunk-loads of unasked questions, inappropriate for now as we were respectfully pretending to be ‘just friends’ as we test the water.

I’m alone, in bed, without Angela. It’s strange not being able to touch her. She instinctively moved her elbow away from mine when they touched at the dinner table. Something deep down inside of me broke in two with the rejection, but I covered it up and no one knew any different.  She stole kisses when they were out of the room. Do they know?

I’ve already been asked back, but what will happen when they know that we don’t just live in the same house, but have moved into each other’s hearts? Angela is so obviously her Father’s favourite daughter. I wonder how it feels to know that your little princess has been sleeping with this man? That he’s had his hands on her flesh. How would I feel?

They didn’t clap when our plane landed at a half built Stansted airport on 27th October 1972. They moaned and wailed from way deep inside, hysterically and obsessively praying to their various gods all the way over from Uganda to touchdown for the loss of their lives, the lives lost and fear of what was to come. We were lucky to get away with our lives and prayed to the reincarnated angels and saints that my father would make it too. We left him in Africa, knowing that his name was towards the top of the death list and it was probably only a matter of time.

Angela’s Father has the same build as me. I love her. “Ti’amo Angela, sweet dreams my princess.”