MAN UP! How to grow from suffering in silence to connecting with confidence 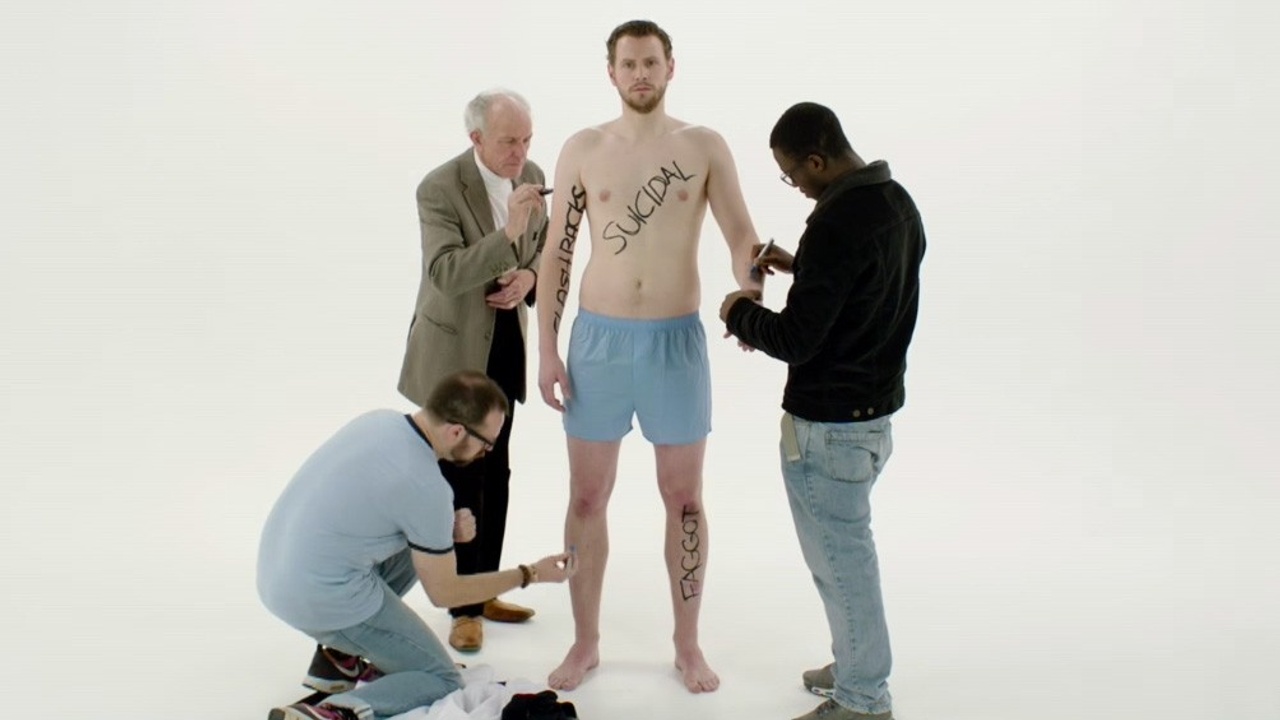 BBC3 Online recently released a powerful four minute documentary called “It’s Tough Being A Man”. It’s about depression in men and how men stay silent about it.

I was happy to be one of the men filmed for this documentary because I strongly support the message that we need to change the culture of secrecy that exists around men’s mental health issues. I’ve had to deal with my own mental health issues, when I was younger, and I was able to draw on this experience for the documentary.

I was asked to recall a time when I felt extremely down, so I remembered when I was eight years old, and my father stood with his hand upon my shoulder. He told me that I might never see him again and that now I must take care of my mother and little brother.

Even though my family were safely reunited nine months later, the intense stress and trauma of the experience had turned us all into quite different people. My unresolved experiences leaked out, beyond my control, manifesting itself in various forms: obsessive compulsive disorder; body dysmorphia; eating disorders; dyscalculia; obsessively pulling out my hair and gouging at my skin; I developed spontaneous tics and grunts; and thought about suicide so that I would be one less mouth to feed.

Luckily I’m over all those problems now. But I didn’t get over them by isolating myself and keeping it all a secret. I had to identify and accept the issues and then talk to people who could help me deal with the problems.

Recently, the Duchess of Cambridge wrote an article for the Huffington Post, about the need to help children deal with their traumas and mental health issues. “What I did not expect was to see that time and time again, the issues that led people to addiction and destructive decision making seemed to almost always stem from unresolved childhood challenges. It became clear to me that many children have to deal with complex problems without the emotional resilience, language or confidence to ask for help.” she said.

While it’s commendable that awareness and attention are being directed to childhood mental health issues, space must also be made for grown men to practically unpack and integrate our shadows – to accept our pasts and enjoy healthy relationships, with ourselves and each other.

The BBC3 documentary reminded us that:

Most men simply don’t have the tools or sensitivity to respond when one of their mates talks about his fears or inner feelings. They’ll typically crack a joke to keep things safe, brush it off with a “don’t worry mate, have another drink…”, or get safely distracted by footie or totty.

Men can feel isolated and unsatisfied for many reasons, including:

“Man up and pull yourself together!” to a man who is struggling with his life is as ridiculous as “Just grow it back!” to an amputee. Every time I’ve taken part in a conference, festival, debate or documentary, the conclusion they’ve reached is that “men just need to talk about it”.

Last November, at the Southbank’s ‘Being A Man’ festival where I spoke about my suicidal tendencies, the consensus was, once again, that men simply need to speak more.

But what if men don’t know how, who with, or simply lack the tools and sensitivity to enable them to support themselves, or another man? Where do men go when they have outgrown a life of survival and it’s time to bite the bullet, get connected and live life to the fullest? This is where men’s groups come in. Men’s groups provide a safe, non-judgemental, authentic space in which men can show up and share their true feelings without being ridiculed or rejected. Men’s groups have been springing up all over the UK, indeed globally these past few years.

I’ve been running my own men’s groups for almost fifteen years now and the most sacred and unspeakable stories have been shamelessly shared, freeing men of burdens that often they’ve carried for most of their lives. We explore the depths of our shadows, the challenges of daily life and we often laugh ourselves sane as we lighten up together.

Newsweek wrote The Man Whisperer chapter about my men’s groups in their sobering book ‘The Descent of Men, Investigating Male Suicide’ They shared similar statistics to the BBC3 documentary, also reaching the conclusion that men just need to speak with one another. So I shared my ground rules, structure, opening questions and the thinking behind it all, for everyone to freely use, enabling ‘men speaking’ to easily happen.

One of the things I enjoy most about men’s groups is seeing how a group of men of diverse age, wealth class, creed, sexuality and emotional awareness can so easily come from the same side – supporting each other, when in their day-to-day lives they can be quite competitive. The men who show up are simply ready for the next stage in their journeys of growing into the conscious, authentic men. They’re ready to take part in a better life, in the company of other good men.

So if the question is “What can men do to ease their pain and isolation?” the wrong answer is, “Man up! Grow a pair!” The right answer is “Man up by having the courage to talk about it.”

One of the safest places where you can start experimenting with talking about it is in a men’s personal development group, so gather your courage and come along to one of my men’s groups.

If you’d like to learn how to run a men’s group I run ‘MenFacilitate How to facilitate a men’s group’ one day several times per year. Please subscribe to my mailing list and I’ll keep you in the loop with men’s groups, and trainings in London and online.