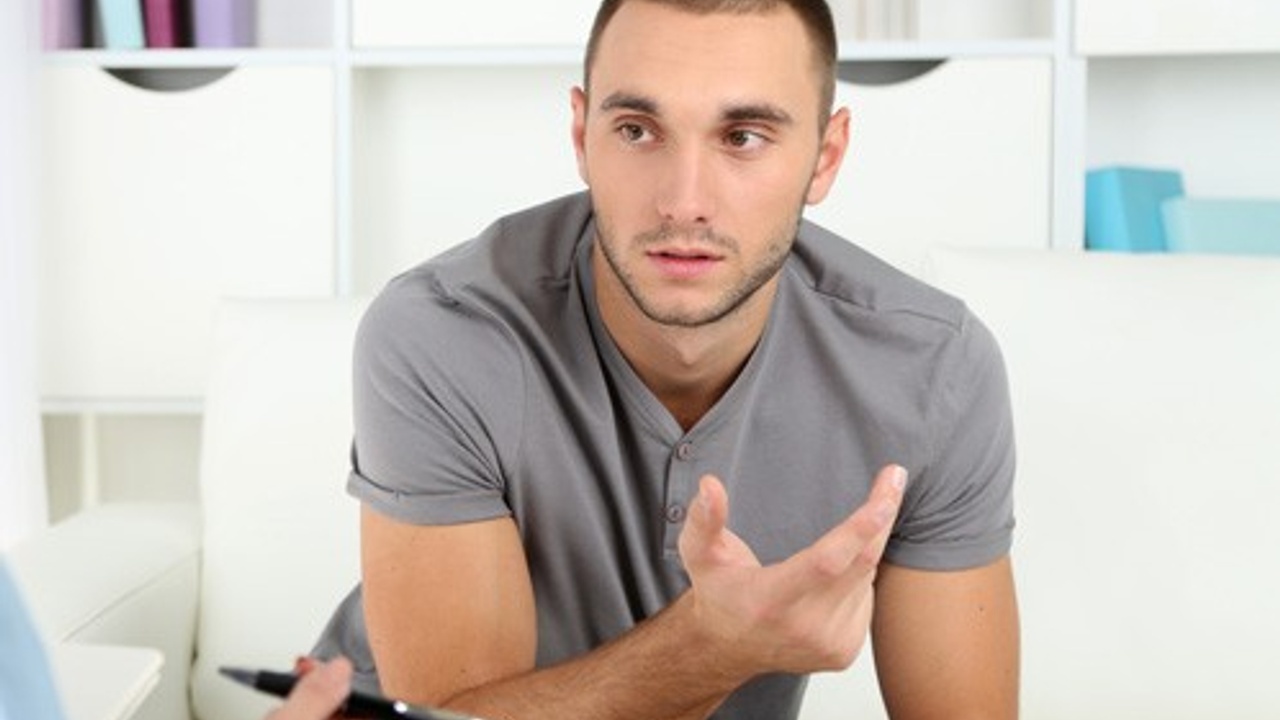 Kenny D’Cruz was eight years old when his father took a phone call at his family home saying ‘we’re going to come and kill you tonight.’

“My father was declared an enemy of the state by Idi Amin’s Secret Service in 1972. He made a joke about the phone call” Kenny recalls, “but the rest of us, our blood went cold. They phoned straight back, saying ‘we’re not joking, we’re coming to kill you tonight.’ I was the only one who cried. The others were in shock. I was an aware child and I knew what was going on.”

The D’Cruz family were Catholic, of Goan descent. Kenny’s father, the head of the parcel department of the Uganda postal service, had already fallen foul of the government in helping to protect helpless individuals and families from outside his community from ethnic and political persecution.

Like tens of thousands of other Ugandan refugees with British passports, Kenny’s family fled to the UK. His father remained in Uganda and was smuggled to Italy, stateless, at the eleventh hour, then miraculously reunited with his family nine months later, once the Conservative government changed policy and allowed him in. His father’s parting words to Kenny, the elder son, were: “You may never see me again. You are now the head of the family, you have to take care of your mother and brother.”

Although only a small child, Kenny took his father’s instructions to heart. The family were raised with domestic servants and knew literally nothing about cooking, cleaning and caring for two young boys in a cold country, all alone. Weeks and months in refugee camps, unprotected and not knowing the Indian languages and customs, then after that settling in a dilapidated council house in a small town in Wales, Kenny continued to take care of his mother and brother, while working around his father’s panic and anxiety issues, as they started again with nothing, having lost everything but their lives.

The day-to-day practicalities of the family’s new life were demanding enough, but emotional matters were no easier. Kenny’s father was literally absent at first, but even when he joined his wife and children, he remained emotionally distant. Kenny’s mother turned to him for companionship, unconsciously creating an intense, psychologically demanding relationship, the type which clinical consultant and writer Pia Mellody calls emotional sexual abuse.

The responsibility weighed heavily on his young spirit. Before long he began to develop symptoms of obsessive-compulsive disorder. “My inner world was chaotic and impossible to put right, so I guess I tried to control my outer world. Things out of order would cause added anxiety. It was all about avoiding possible harm and control over my environment.”

“I carried deep guilt that my mother, who lived like a princess in Africa, was suddenly my servant, having to cook, clean and hold it together for us. I would clean like crazy, while dealing with the contamination that came from cleaning.

This period marked the beginning of a secret long battle for Kenny over his own mental health and strength. Kenny had Obsessive Compulsive Disorder from an early age and soon began to display symptoms of Tourette’s Syndrome, with spontaneous, uncontrollable tics, twitches and grunts.  Throughout his childhood he continued to internalise and avoid his anxiety, panic, depression, paranoia, body dysmorphic disorder (which wasn’t helped by being the only coloured family in the area and an oddity in the changing rooms) and both traumatic and post-traumatic stress disorder as best he could. He developed eating disorders, would obsessively pull his hair or gouge his skin (known as trichotillomania and dermatillomania) and the family became compulsive hoarders and collectors.

Those days are long gone, though Kenny recently discovered he has dyscalculia, a neurological condition that makes it hard to process numbers and measurement. “Knowing this has helped me get off my case with mid-life loss for not having followed a normal career and financial path. Now I can work around this too, with the help of my levelheaded fiancée with whom I manage our money and passwords. My life is healthy and wonderful now.  I am not my past, I am not my thoughts, I am not my emotions, I love what I do and I do what I love. I’ve turned it around.”

Despite the stresses and his personal demons, Kenny made it through his education and graduated from business school. His OCD was becoming so severe that it impacted seriously upon his employability. “I was often late for work, once I moved to London to my first job in publishing in the 1980s. At worst, I would have to wash, scrub, bath and then shower before leaving home, and then if even the hairs of my arm touched a ‘contaminated’ surface I’d have to do it all over again. I’d continually return to my front door to check I’d locked it, as I’d check my bag, my pockets, my flies, the time, anything and everything that could help avoid impending doom. I began to make up more and more ridiculous excuses as to why I was late. I once told my manager that I had been on the bus and it had just stopped in the street for a long while for no apparent reason. Eventually someone went to check on the driver in the car at the front of the traffic jam and he had had a heart attack and died at the wheel. It was a desperate lie, but easier than telling the truth.”

Twenty years on, Kenny lives free of these issues and is running a thriving consultancy enabling men to live beyond their stories and be true to themselves. “I now keep good time and don’t need to check anything, because I am present.”

Counselling and therapy helped with some of his symptoms, but the breakthroughs came with his own determination and self-calming from a young age. “I learned to be calm. Not just internalise, but to truly calm myself, irrespective.” It is something he passes on to his clients. “As soon as they get taken over by their fantasies of the future, fear, or unfinished business from the past, I invite them to take a deep breath in, as they think: ‘Thank you for reminding me of who I used to be’, and then on exhaling they allow themselves to be calm, present and able to deal with what is in front of them, from a state of mindfulness.”

“For most of my life I’d been a little boy pretending to be a man. There hadn’t been the space for me to be safe enough to do my adolescence until I was in my thirties. I made a best friend in Australia who came back to England with me and we did our share of partying, finally experiencing the initiation of adolescence so that I could move on and become my own man. I realised that in order to free myself from my repetitive life script I had to retrieve lost parts of me that kept me in a loop as I survived life. Life kept showing me where I was stuck and I realised they stemmed from the moments where my emotional growth had been put on hold. Slowly I discovered how to release those ‘depressed’ pause buttons. There was no shame, no blame, just naming the truth of what happened and unlearning my beliefs about myself and my take on how life worked. As I accompany clients to these places of vulnerability they claim themselves back and inevitably uncover a tool for the next step of their life path. It’s a courageous and magical process where awareness is the key and we come from the bigger picture.”

Some of Kenny’s clients and group members work with him while also seeing medical or psychological professionals. “I always tell clients that if they are seeing another professional, they must keep them informed so there are no conflicts,” he explains. Mark Strider, a psychologist and former priest (who nominated Kenny for the ManKind Project’s Ron Hering Award, which he won for living his life’s mission, for his work with men including his MENSPEAK Men’s Groups that have been running for over a decade) describes Kenny as a ‘soul doctor.’ Kenny clearly states that he is not a doctor or a psychotherapist, while celebrating the fact that his group sessions belie the notion that men don’t willingly speak about themselves. “Carl Jung stated‘ Secrets make us sick’. I strongly believe that the more men have a space to be heard, the better our mental health and lower suicide figures.”

“I meet people where they are on the road and together, we walk forward. Often that means meeting people at the point they keep returning to, which might be the time they were abandoned by their father, or publicly humiliated by their best friend, or whatever it might be. So if I meet someone with a Peter Pan Syndrome, for example, the men who can’t quite grow up, I will meet them at the point at which they got stuck and use the most efficient tools to support them in moving forward.”

“My own experiences of mental health and emotional trauma inform what I do because whatever problems people might have, there will be something I’ve gone through that is in some way parallel, if not actually the same, so it does help me understand and meet people’s reality. There are many different tools we can use. Sometimes naming it rather than shaming it or blaming it is enough, it breaks the spell and allows them to authentically and successfully take part in the world. The same thing can happen in groups. We’re allowed to talk about it. Often that leads to people having less need for therapy or being able to reduce their medication and that’s great if it happens, but it is not necessarily the goal.”  Group work also allows Kenny to assist clients at costs that can be affordable within even the tightest budgets.

The key, Kenny says, is to never let a problem of the mind define the person as a whole. “I assist my clients in owning their stories, rather than being their stories. Keeping them in the shadow simply fuels and recreates these denied parts.

“I can’t say that I was brought up in a bad way or that I had a horrible or nasty life, I didn’t. I had a life that was normal to me, and I had some limiting reactions to it. I was able to undo those and find my pathway. Now I love my life, I accept my past and I live with purpose.  I love facilitating groups, I love working with private clients, this is what I am here for and it brings me alive.”

Read more on Mental Illness on The Good Life.